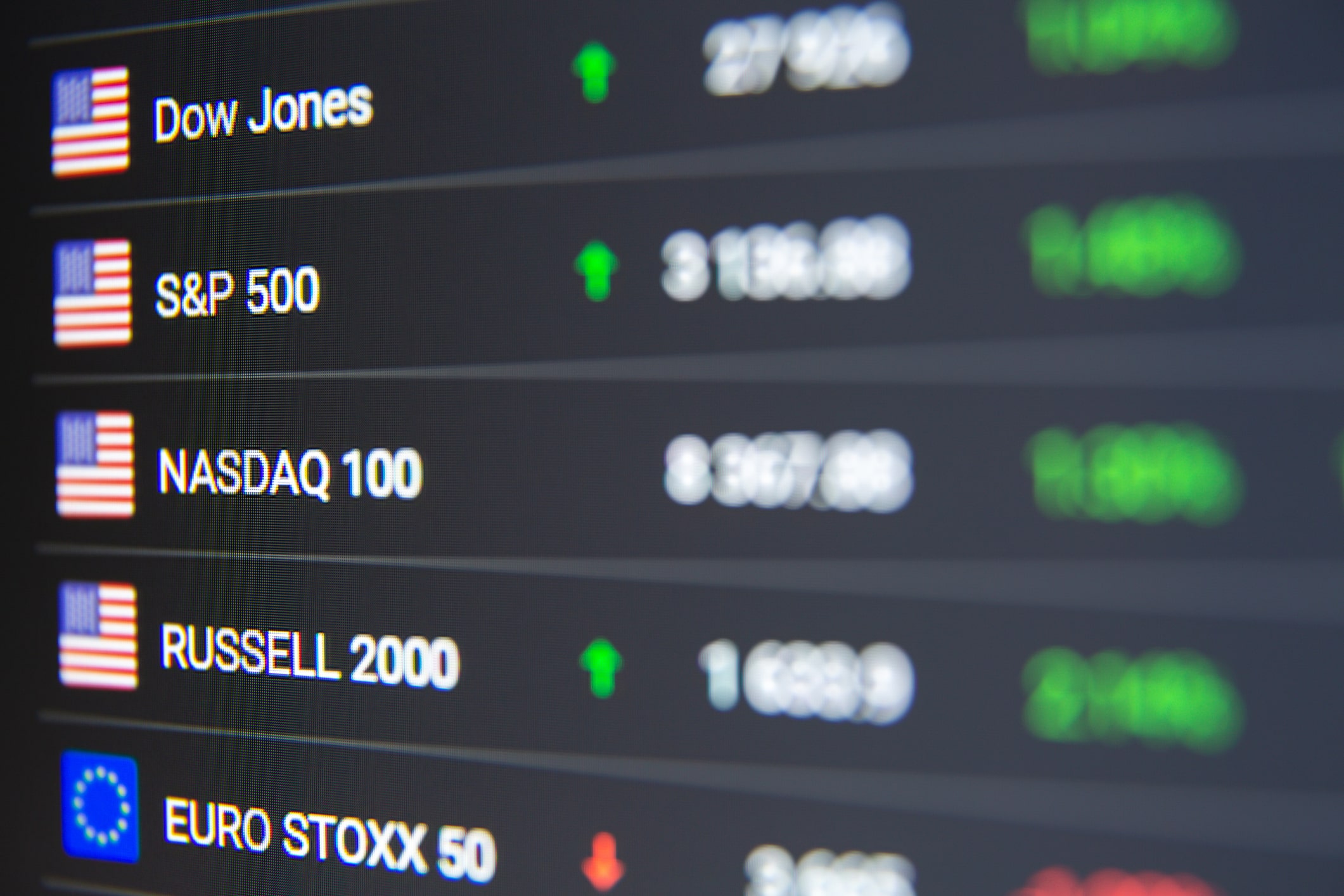 The Dow Jones Industrial Average (DJIA), also known as the Dow 30, Dow Jones, or just the Dow, is an index in the stock market that monitors the market movement of 30 publicly traded companies.

The companies tracked by the DJIA trade on the New York Stock Exchange (NYSE) and the National Association of Security Dealers Automated Quotations (NASDAQ). These DJIA companies are generally regarded as the top stock companies in the stock market in the United States.

How Does the Dow Jones Work?

The Dow Jones Industrial Average is a price-weighted index. This means that it gives more weight to stocks with higher share prices. In other words, changes in the price of stocks with higher prices will have a greater implication on the index than that of lower-priced stocks.

Charles Dow and Edward Jones established the Dow Jones Industrial Average in 1896, with the index named after the founders. The DJIA was preceded by the Dow Jones Transportation Average (DJTA) which was developed two years before the DJIA. The DJTA eventually became the most popular gauge for the transportation sector.

At the initial stage, the DJIA consisted of gas, railroads, tobacco, oil, and sugar industrial companies. The DJIA updated from 12 stocks to 20 components in 1916 and twelve years later, in 1928, the index rose further to 30 components.

In 1932, the DJIA removed eight stocks from its components and replaced them with Coca-Cola, Procter & Gamble, and six other components. Also, the index experienced major changes in the time of the Great Recession due to the collapse or merging some components.

How Many Stocks Does the Dow Jones Hold?

The Dow Jones holds stocks for 30 blue-chip companies. In addition, this is why it is known as the Dow 30. Although, 30 is a small percentage of the more than 5,000 stocks in the U.S, the 30 components of the DJIA make up about 25% of the total US stock value. As such, the DJIA reflects the economy and stock market of the United States as a whole.

What Companies Are on the Dow Jones Industrial Average?

The DJIA is made up of leading companies in the United States stock market. The 30 companies that consist of the Dow 30 are not always static. From time to time, companies may be added or removed, but the index maintains its static number of 30 components.

The index had its most recent changes in August 2020 when Raytheon, ExxonMobil, and Pfizer replaced  Salesforce, Amgen, and Honeywell. The current components of the Dow 30 include:

How Are Stocks Added to the Dow Jones?

Basically, there are no strict quantitative requirements for adding a stock to the Dow Jones. However, a company must meet certain criteria to be added to the index, and the major criteria are as follows:

Changes to the composition of the Dow 30 are decided by a Dow committee. Since the index follows a qualitative approach, the committee considers factors such as the share price, performance of the company, and corporate actions.

Given its popularity, a company stock price can receive a boost when the company gets into the list of components of the Dow Jones Industrial Average. Conversely, removing a company from the index may deal a blow to its stock price.

How Is the Dow Jones Calculated?

At the initial stage, the DJIA was calculated with a simple average. It simply totaled the stock prices of the 12 constituent companies and divided the sum by 12.

Later, the method of calculation was modified to illustrate the importance of each component of the index relative to the index. Moreover, this is derived from the percentage of the whole index a component represents.

To calculate the Dow, get the sum of the stock prices for all the 30 components and divide the total by the Dow divisor. The Dow divisor as of September 2019 is 0.147. With the DJIA at 0.147, a $1 variation in a particular stock price will cause a 6.8 point movement.

For instance, assume the total of the stock prices for the 30 components is $6000.

What Is a Benchmark Index?

A benchmark index is an index set as a standard for the assessment of an investment’s performance. It is used to measure the performance of a stock, mutual fund, or bond in comparison with other market segments.

However, the NASDAQ also includes companies from other sectors such as financial, consumer, or industrial companies. In all, the NASDAQ index includes over 3,000 stocks. Also, it uses the market-capitalization weighting method to weigh its components.

Contrarily, Dow uses the price-weight method to weigh its components. As opposed to the NASDAQ, the Dow 30 comprises only 30 blue-chip stocks from both the NYSE and the NASDAQ. While the Dow Jones attempts to give a general view of the U.S. stock market, the NASDAQ is dominated by tech stocks.

The S&P 500 tracks about 500 publicly traded stocks in the United States. This index contains stocks from every sector of the economy.

The S&P500 differs from the Dow Jones in some ways. One of the differences is that while the Dow comprises only 30 leading stocks, the S&P comprises 500 large publicly-traded U.S stocks.

Another major difference is that while the DJIA is price-weighted, the S&P uses a free-float market-capitalization weighting method.

How To Trade on the Dow Jones

Although you will not be able to directly trade a stock index, you can predict the movement of the index through derivative financial products. You can trade on the Dow Jones using the Futures contract.

To trade on the Dow Jones, follow these steps:

Why Is the Dow Jones Important?

The Dow Jones is the most referenced index in the U.S stock market media. Even though the Dow Jones consists of only 30 stocks, the components are instrumental in the assessment of the stock market.

The companies included in the index are foundational and influential in the market. Changes in these component stocks often reflect changes in the market. As such, the DJIA is important to investors as it helps them make predictions of possible market movements. With that, investors can make good investment decisions to increase their profitability.

Although the market coverage of the Dow can be argued to be narrow, the components are considered influential enough to mirror the market. Investors in the U.S stock market keep an eye on the DJIA to have a good idea of the stock market behaviors and movements.

For a profitable trading experience on the Dow Jones, you may need to consult a financial advisor for proper guidance.

What Are Over-the-Counter Options?

What Are the Best Hedge Funds?

What Is a European Option?

What Is a Premium?