There are hundreds, if not thousands, of accounting and financial formulas. Remembering all the ratios and formulas is nearly impossible.

With that said, there are a handful of financial ratios that are the most important. These ratios cannot be forgotten, and are applicable to any industry or balance sheet.

How Do Current Ratios Work?

The current ratio is a financial ratio that is calculated based off of the information found on a balance sheet. The current ratio simply shows if a company has enough liquidity to meet its short term obligations.

One of the best things about the current ratio is how simple it is to calculate. The current ratio formula requires just two numbers, both of which are found on the balance sheet.

You will need to divide the company’s current assets by their current liabilities. The answer of this equation is your current ratio.

The higher your ratios is, the more liquid the company is. However, a high number isn’t always perceived as a good thing, nor is a low number always a bad thing. There is some nuance that needs to be taken into consideration, which we will discuss in greater detail below.

What Is an Example of a Current Ratio?

What Ias a Good Current Ratio?

What is a good current ratio? That question needs some unpacking.

Without question, liquidity is always helpful in business. However, having too much liquidity could also be a bad thing, as it may suggest there are investments the business is not taking advantage of, and those investments may better position the business for long term success.

Generally speaking, a current ratio of 1.5 – 3 is considered healthy.

What Are Current Assets?

As mentioned above, the current ratio requires just two numbers. The first number you’ll need to find on the balance sheet is the current assets.

Current assets are simply assets that are expected to be converted into cash within a year. Examples include; cash and cash equivalents, inventory, accounts receivable and prepaid expenses.

What Are Current Liabilities?

What Does the Current Ratio Tell You About a Company?

That may suggest additional funding, which could put more financial pressure on the company long term. Relating this to a non-business example, imagine if your monthly expenses for your personal life were $3,000.

Although all of your expenses were paid in that given month, you did so by leveraging a credit card for $1,000. This now increases your debt obligation, and you’ll pay interest on that balance.

This could put more strain on your finances in the future.

How Can a Company Increase its Current Ratio?

A company can increase its current ratio through a variety of ways.

How Do You Interpret Current Ratios?

Perhaps the company misses out on making important investments because they did not have the cash to do so, and now their competition has an advantage. The current ratio helps an investor understand if a company is capable of making more investments back into their company, or if they are too strapped on cash to do so.

Another critically important financial ratio that measures liquidity is the quick ratio. The quick ratio is very similar to the current ratio, however, the quick ratio reduces the liquidity timeframe to 90 days or less, and excludes inventory from current assets.

What Are Some Limitations of Current Ratios?

Working capital is important, as that truly shows how much cash the company can put to work on various other investments or initiatives. Secondly, the current ratio factors in inventory.

There are plenty of companies that keep more than a year’s supply of inventory on hand, which can throw off your current ratio. Thirdly, the current ratio can be very seasonal.

Imagine if Q4 was the slowest quarter for your business and sales always see a seasonal decline. That would mean the business has less cash in the bank as it’s taking in less revenue. The current ratio may be depressed in Q4, but ramps up in Q2. To properly use the current ratio, you need to do year over year comparisons.

Although committing all financial ratios and formulas to memory is nearly impossible, when you properly leverage a financial ratio, it makes analysis significantly easier. The current ratio is one of those financial ratios that is applicable to any company, and should be committed to memory at all times.

Liquidity is important for a business, and knowing which ratios can help you determine the liquidity of the business will serve you well with various investment decisions. With that said, there are plenty of other ratios that should also be used and considered before making an investment decision.

As mentioned, having all of these committed to memory, and understanding the true meaning of these ratios, is complicated. If you’re interested in making investment decisions but aren’t 100% confident, consider working with a financial advisor.

A financial advisor will help you analyze the financial statements of a company, and determine which companies fit your objectives and risk tolerance.

What to Do During a Market Correction

Investment Firms That Specialize in Wealth Management for Professional Athletes 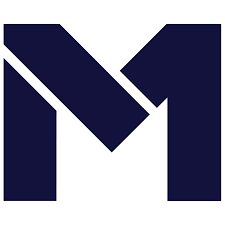 The finance super app! Yours to build. Invest, borrow, and spend with one easy-to-use platform. Get the most out of M1 when you sign up for a one-year free trial of M1 Plus (a $125 value).

The finance super app! Yours to build. Invest, borrow, and spend with one easy-to-use platform. Get the most out of M1 when you sign up for a one-year free trial of M1 Plus (a $125 value).