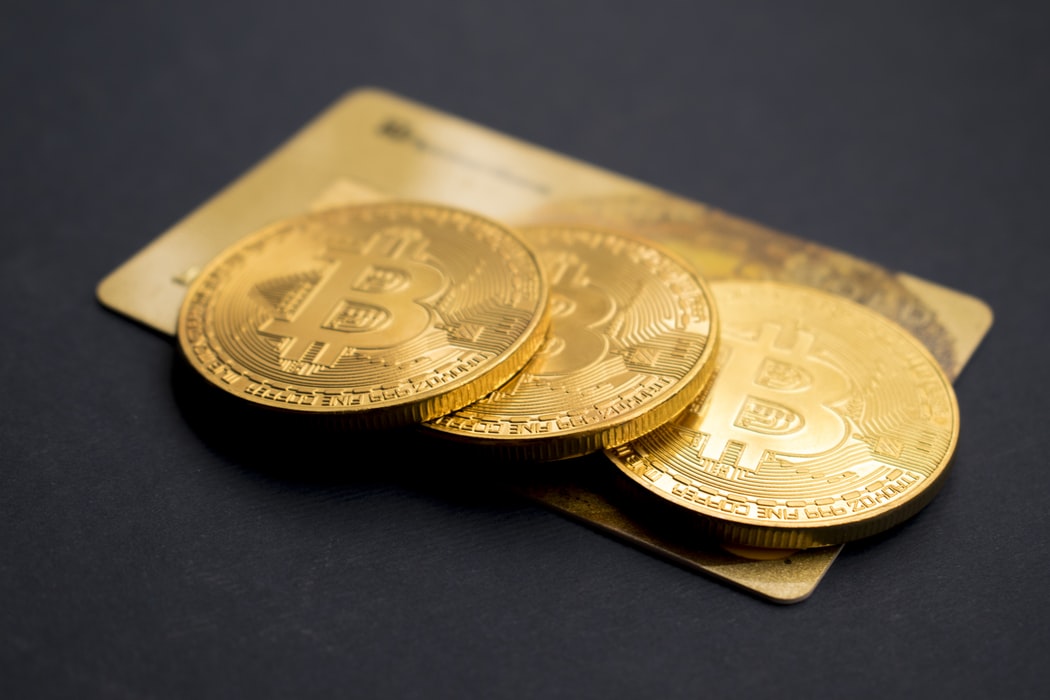 Cryptocurrency is a digital currency controlled by an online ledger and used to buy goods and services. In today’s world, many transactions are financed by cryptocurrency. It has no physical qualities, and it is not issued by a central regulatory body.

Since 1983, when the idea for cryptocurrency was first worked on, it has evolved through different stages into what it is today. It is becoming mainstream and people are taking notice of the widespread use, creation, and exchange of this digital currency. In this article, we shall learn all there is to know about cryptocurrency, and how to maximize its use for economic benefit.

How Does Cryptocurrency Work?

As stated earlier, cryptocurrency is controlled by an online ledger. This online ledger in itself has strong cryptography, which ensures that all transactions involving cryptocurrency are fully secure. Cryptos are used through a technology known as the blockchain. Blockchain in itself is a technology that is decentralized in nature. This means that it can be spread across several computers. Even with that, it can manage and record online transactions involving cryptocurrency. Many people do not know how it works but here’s a practical explanation:

It works just like a debit card on bank credit. Just like modern banking, accounts can be managed and balances moved online. With bank credit, banks and the government issue the currency and keep ledgers for it. However, with cryptocurrency, those functions are performed by algorithms.

How Do These Transactions Work?

Cryptocurrency is transferred from person to person without any middleman. These transactions are recorded on a digital ledger that is accessible to the public. This ledger is referred to as the Blockchain. Data concerning the transaction and the ledger are encrypted through cryptography. This explains why it is called “cryptocurrency.”

Transactions are sent from peer to peer using cryptocurrency wallets. This is software that helps store cryptocurrency before, during, and after every transaction. The creator of the transaction uses the wallet to transfer an amount from his account to another. To do this, you need a password. This password is also referred to as the private key. This private key must be associated with the recipient’s account.

What Happens After the Transaction is Finalized?

How Do I Buy Cryptocurrency?

In practice, you can buy cryptocurrency in three major ways as follows:

Trading is primarily done by brokers and exchanges. While brokers are third parties that buy and sell cryptocurrency, exchanges are similar to a stock exchange, only that they operate online. Bear in mind that cryptocurrency prices are volatile. To make safe progress, ease yourself into the system. Always anticipate losses. The volatility that cryptocurrency has can gulp every dime you put in, so be prepared.

What Is the Point of Cryptocurrency?

Just like any other legal tender, cryptocurrency can be used for several reasons such as:

Little to No Cost in Money Transfers

In transferring crypto from one account to the other, you can transfer any amount of money without astronomical charges. In contrast to normal banks, crypto is pocket-friendly when it comes to the transfer of funds. This makes them suitable for international money transfers.

With cryptocurrency, transactions are much faster than what is obtainable in banks. Any transaction begins and ends in just a matter of minutes, irrespective of the amount of money being transferred. Again, this makes crypto a good fit for cross-border transactions.

Cryptocurrency ensures the storage of your funds without arbitrary control of the transfer and receipt of your money, unlike with banks where charges accrue, and deductions are made to be your account. Another important part of this need for cryptocurrency is that you don’t have to worry about government intervention and control. In ordinary situations, you would be worried about the government freezing your account on any pretext.

With cryptocurrency, that is practically impossible. If you have been following cryptocurrency news, you will find that with activist causes, the government has little influence on them receiving International support. Governments cannot also block their stream of financial support whenever they see fit.

Many digital currencies have features that support anonymity in transactions. This allows users to make anonymous transactions to the tune of any amount no matter how large. What this means is that no one will have to explain to banks why they are making transfers of large amounts.

Many tech start-ups are making their way to the open market at the moment. Many people are interested in investing in these start-ups. However, in the recent past, only venture capitalists had access to these investing opportunities. Cryptocurrency allows any owner with an internet connection to gain access, invest and reap benefits from tech start-ups.

How Does Cryptocurrency Mining Work?

Mining is a very integral part of the cryptocurrency process. In the process of mining, special users try to discover new cryptocurrencies. They are also saddled with the responsibility of adding transactions to the public ledger. These special users are called miners. The computational algorithm is set up to make mining difficult. This is because ease of mining would mean the creation of fake cryptocurrency.

To mine successfully, miners have to solve a puzzle, called the proof of work scheme. This represents proof that the mining was done properly. With this, the verification process is made easy.

What Is an Example of Cryptocurrency?

At the last count, there are 6,700 cryptocurrencies currently being traded publicly. The total monetary value stands at $1.6 trillion. Bitcoin, the most popular of them all, is worth $969.6 billion. Below are some of the popular cryptocurrencies you can think of buying.

In the market and on cryptocurrency news, it is clear that digital currency is taking center stage. Cryptocurrency prices are shooting through the roof, and everyone is angling for a share of the profits. There are many types of cryptocurrency but we will be looking at the most popular, in-demand types.

Bitcoin is considered the premier cryptocurrency on offer. It is a digital currency that is decentralized. This implies that it has no central administrator, and its transactions are of a peer-to-peer nature. These transactions are in turn, verified and added to the public database. As of February 2021, its market capitalization stood at $600 billion.

Litecoin is an open-source global payment network that makes use of the “scrypt” as proof of work. Often it is described as second to Bitcoin in importance and stature because it followed in Bitcoin’s footsteps. It has a simple edge over Bitcoin: it confirms transactions faster. It has a coin market cap of $10.1 billion as of April 2021.

Ethereum is a non-centralized software platform. It allows apps to be built in a decentralized manner without any form of third-party interference. As of January 2021, its market cap is estimated to be 19% of the size of Bitcoin. It currently boasts a coin market cap of $209.1 billion.

Tether is the 5th largest cryptocurrency based on market capitalization. It was originally called a stable coin because it was designed to be worth one dollar at all times. It is loosely affiliated with Bitfinex, an exchange company. Its market capitalization stands at $40 billion. In practice, its coins are backed by an equivalent amount of fiat currency.

Originally written in C++, this is a gross settlement system that works and functions in real-time. Ripple is a platform for currency exchange and remittance of funds. Ripple now stands at $25.19 billion, significantly lower than its figures in 2020.

Stellar is a protocol system that allows and enhances international transactions between any currency pairs. It is an open-source system that is decentralized. Using the Stellar Consensus Protocol, you can exchange tokens or money without stress.

Dogecoin is an altcoin that is mainly traded for tangible items on platforms like Reddit and Twitter. On these platforms users also share information relating to currency. Its market capitalization stands at $43 billion as of April 2021.

Binance coin is a cryptocurrency from Binance, a cryptocurrency exchange dealer. The fact that it is backed by Binance certainly helped with its upward movement. Its coin market capitalization stands at $46 billion.

Monero is a privacy-first cryptocurrency that runs a cloaked public ledger. This makes it impossible for third parties to know any details about the transaction. Like any other, proof of work validation is issued to new coins. This also motivates miners to protect the site and validate transactions.

Cardano is a new cryptocurrency that is in its infancy but boasts a better proof of stake model than many other cryptocurrencies. Most notably, many users believe it has better proof of stake setup than Ethereum. It is worthy of note that it was co-founded by Charles Hoskinson, who also played a role in starting Ethereum. It currently has a coin market capitalization of $9.8 billion.

Chainlink is an oracle network that is decentralized. As a feature, it closes the gap between smart contracts and the data on the outside. Chainlink has an oracle feature that tracks data and feeds it into smart contracts. Smart contracts would be set up to execute certain functions. Its market capitalization Is $11.3 billion as of March 2021.

With a market cap of $4.31 billion, IOTA is designed with a Tangle system as opposed to the normal blockchain structure. This Tangle system is built based on the Direct Acyclic Graph, a form of cryptographic verification. It enhances data exchange between data recording devices within the IoT(Internet of Things) system.

In some countries and states, cryptocurrency has been legalized for trade and exchange. In other countries where this has not been done, this does not mean that it is outlawed. It just means that it is viewed legally as property, rather than currency.

The price and value of cryptocurrency are determined by the market forces of demand and supply on a global scale. This means that any changes made will resonate globally, as no market is exempt.

Is Cryptocurrency Backed by the Government?

Cryptocurrency ordinarily operates outside the government’s realm of control. Some governments choose to recognize it as legal tender. Others do not. However, the crypto market has always existed without government control, so it does not need government backing.

The cryptocurrency market is volatile. We recommend that you invest with your disposable income, as you can lose everything in a flash. There are no market cushions, so that means in an event of loss, you stand to lose everything.

There are distinct qualities that crypto has which differentiates it from any other currency option.

One of the distinct qualities cryptocurrency has is the ease by which it is transferred. Modern banking has improved its system of fund transfer, but cryptic urgency still tops that. Litecoin transactions are conducted and finalized within a couple of minutes, the same applies to Bitcoin.

In essence, the ease and the speed with which transactions are conducted set it apart.

Any crypto transaction cannot be reversed. It cannot be undone. To follow through on its immutability, these simple principles must be followed:

Should I Invest In Cryptocurrency?

It is wise for you to invest in cryptocurrency. One thing, though. You must invest with your disposable income. The market is highly volatile, with no cash flow track. This means your money can go down a black hole in a flash and you’ll be left with nothing. Invest wisely.

Since the advent of cryptocurrency, the world began to tilt towards a decentralized system of distributing wealth. Before you venture into the potentially rewarding world of crypto, we recommend that you consult your financial advisor. This way, you’ll have a strategic approach and an expert opinion on your investment.

How To Buy Amazon Stock (AMZN)

How To Buy Apple Stock (AAPL)

What Is Dollar-Cost Averaging (DCA)?